Where are you moving?

When are you moving out?

Move Date Must Be Greater Than Today!

What type of home are you moving from?

Who is paying for your move? 6 Reasons To Move Long Distance From New Jersey To Chicago

Moving from New Jersey to Chicago: Long-time residents of the Second City are proud of the positive features that help to recommend this transportation hub to those immigrating from other parts of the country. While the outflow from states such as New Jersey is well documented, particularly in recent years, the reasons for transitioning to the city of Chicago may be less obvious.

As with any major urban center in the United States and around the world, there are pros and cons to making the transition. In this article, you can learn why people from the East Coast urban areas might choose to relocate to the Windy City for long distance moves.

There are dozens of quality work opportunities in different industries, ranging from finance to food processing and manufacturing to publishing, moving from new jersey to Chicago. A review of the top 50 companies in Chicago published by Fortune Magazine is a place to start your job search.

Built in Chicago focuses on start-up and tech companies. Zippia.com and the Muse present details of well-known firms such as Crate & Barrel, Pabst Brewing Company, Trunk Club, and The Oprah Winfrey Network.

Chicago is a major transportation hub, with Chicago O’Hare Airport as the home of United Airlines and American Airlines and a focus city for Frontier Airlines and Spirit Airlines. In 2019, the airport averaged 2520 aircraft movements per day, the most globally. From 1963 to 1998, it was the world’s busiest airport. Today, it is number six.

The City of Chicago operates the facility, and the HR Department coordinates hiring. In addition to positions directly relating to the airport, there are thousands of career-level positions in hospitality, construction, and other services for the thousands of tourists who choose Chi-town as a vacation or getaway destination.

The job market in Chicago is very diversified. You can work in manufacturing, as well as food processing. More recently, technology jobs and e-commerce have made employment options grow. Lyft and Uber have a presence in the city.

As a resident of Chicago, you can take advantage of many of the top entertainment and cultural high points year around. As a premier location worldwide to see improvisation or sketch comedy, you may remember Second City icons such as Tina Fey and Stephen Colbert. In addition, there are Lincoln Lodge and the Annoyance theaters.

There are Broadway musicals in Loop’s theater district. Local institutions include the Goodman Theatre and the Steppenwolf Theatre, where there are more serious stage productions.

Museums are plentiful; some rival the more renowned New York facilities. Museums such as the Shedd Aquarium, featuring penguins and beluga whales, and the Field Museum, the home of the largest and most complete Tyrannosaurus rex exist, are easy to find. The works of Andy Warhol, Vincent van Gogh and Pablo Picaso are featured in the Art Institute of Chicago.

The Chicago music scene is diverse and plentiful. The city is the birthplace of house music, as well as a home to many musicians in the blues and jazz genres. Major summer music festivals include Pitchfork Music Festival, Riot Fest and Lollapalooza.

The best music venues in the city host talented artists from around the globe and local musicians. Because the winters can be harsh and are one of the downsides of living in Chicago, there are often multiple street festivals to visit when the summer months begin.

Chicago has a thriving public transportation system, which is good because driving a vehicle in Chicago can resemble a horror movie. Traffic tie-ups are frequent and unyielding. Commuting time is typically lengthy and frequently can’t be planned for ahead of time.

The public systems include the second-largest transportation system in the US. You can ride the famous “L” train or hop on a bus. You can get by without the need to own an automobile. There is also Divvy, the bike sharing system.

One of the major advantages of moving from new jersey to Chicago is that it is very walkable. The sidewalks are clean, and the terrain is flat. In a city the size of Chicago, it is surprising to find so many places and activities within easy walking distance from the downtown area.

Chicagoans are serious about their food and drink. With so many types of cuisine to try, you can go weekly and never eat at the same place twice. The eating venues range from long-standing street vendors to upscale fine dining facilities.

Tourists may only get a chance to try a few of the cuisine highlights available in the city, but if you move to Chicago, you can enjoy everything from an 80-year-old ice cream stand to a world-renowned chef-owned dining establishment. The farm-to-table concept and tasting menu trends are a part of Chicago’s offerings, but there are also many more casual establishments

There are many breweries in the city, and craft beers are a popular way to explore Chicago. Whether you are interested in a pale ale, a pilsner or any other beer style, you can check out one of the many beer festivals, where you can chat with the experts and try a range of craft beers.

Perhaps because the winters are so strenuous, the folks in Chicago take advantage of the hot summer months to enjoy the lovely beaches along the Lake Michigan shoreline. As soon as the weather allows, residents will throng the beaches for sunbathing, volleyball and water sports.

Chicago is one of the country’s most densely populated and busiest metro areas. For the most part, the residents are very helpful and friendly, unlike some of the other urban centers. Depending on what neighborhood you choose for your new home, you may find some rigorously enforced parking regulations, including prohibiting parking a moving truck while loading or unloading. Be sure you learn about permits and the related regulations, as your mover will need to know.

When planning your move, be sure to keep the weather in mind. Because of its location on Lake Michigan and its proximity to the remaining Great Lakes, the winter weather in Chicago can be cold, with the likelihood of snow on the ground on many days in the winter. Chicago doesn’t have mild winters, so the best months to move would not include the winter season.

As with any long distance move from new jersey to Chicago, choosing the right commercial movers is key to making your moving experience the best; you can depend on the rankings of MoveBuddha to help guide you to the top moving professional team.

In 2022, Safeway Moving INC was ranked by MoveBuddha.com as the best overall value for long distance movers. The ranking website reviewed over 500 of the top companies in the country, so coming out No. 1 with a 5-star rating is a significant accomplishment. Safeway Moving INC is a veteran owned firm and stays involved in charitable giving through projects such as its support of St. Jude’s

Tips For Moving From Pennsylvania To South Carolina

Tips For Moving From Pennsylvania To Florida 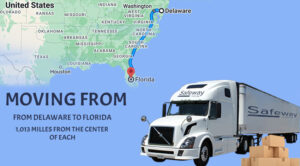 Tips for Moving from Delaware to Florida 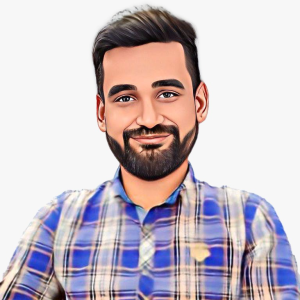 Zubair Steven is a moving contributor with expert articles and informative guides that help people organize and carry out their moves with ease and convenience.

Your Rights and Responsibilities When You Move